Over the weekend, I indulged in reading a few pregnancy blogs and thought I’d do a little pregnancy blog post. I really don’t have too long to go, and I feel I really should embrace these last few weeks.

Total weight gain: I believe I’ve put on 11kg, which is pretty alright for my body weight.

Maternity clothes? Note to self – in next pregnancy, buy size 8 not size 10. I realise that by week 34, if my maternity pants are still too big for me, I’m not going to get much wear out of them.

Stretch marks? So far hardly any- just a linea nigra, which is a dark vertical line appearing on the abdomen.

Sleep: It’s been a bit difficult to sleep with this cold of mine, though it is getting better hence sleep is getting gradually more comfortable. I probably just need more sleep in general – too hyper sometimes and then I crash.

Best moment this week: I have to admit I’ve enjoyed my days off where Daniel is at home as well (he’s on school holidays). Though I was headachy and sniffly, it was good to relax with him.

Miss Anything? Perhaps the freedom to play sports or exercise freely. I just feel a bit self-conscious trying to do a lot of these things, and would really love to do Zumba or martial arts again.

Movement: The baby’s making more sweeping movements than kicks, and still grooves around quite a bit, especially when I’ve just had chocolate or a cold drink.

Food cravings: Recently I’ve felt like having more meat, like Korean BBQ! And would probably also like some nice Wanton Mee. This is my favourite one from Nanyang Cafe. 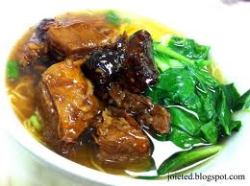 Anything making you queasy or sick: Car rides. It’s sad but I get motion sickness, especially driving back from the hills (hence why I prefer driving).

Labor Signs: For some reason, I feel like the baby’s dropped, or is in the process of dropping. I could be wrong, but he or she seems a little lower and there seems to a bit more pressure on my pelvis. But then again, it could also be my posture or something, so I don’t know…

Belly Button in or out? Half and half!

Wedding rings on or off? My wedding rings are pretty loose still – I was shaking my wrists the other day and they flew off and Skittles gingerly picked it up. Thank goodness she has her gentle grip on things, so managed to fish it out of her mouth instead of out of her poo.

Symptoms: Just a bit more tired than usual, which is expected (and may be linked to my lack of sleep). Also, I need to find a comfy position to sit in at work because I fidget too much…

Mood: I think I’ve been pretty alright – I don’t crazy mood swings but I can get manja with Daniel (Google Translate says manja means spoiled, and I suppose it’s right!)

Pregnancy dreams? I’ve had epic ones about jumping into the sea but not getting wet, taking over palaces, owning some awesome homes, being involved in battles and fights – all with relatively random people being involved.

Looking forward to: More sleep! And honestly, for the baby to be here. I’m in that anticipation stage…

Next appointment: This coming Thursday – I hope that I get a knowledgeable midwife who can help me out with a few special requests. This may be my last one at Modbury as I’ll try to transfer the rest to Lyell Mac to orientate myself.

On a final note, this ad keeps coming up on my Facebook, reminding me to touch Skittles. As a note to all, this is what happens when you touch Skittles: 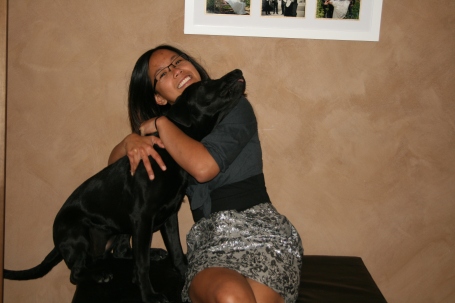