Many people have said that Jacob’s photogenic – and while I do agree, it is SO hard to take photos of him sometimes (especially when he refuses to cooperate)!

Last week, we enlisted a professional to get some cute shots done for him. He was in a relatively good mood and sat still for about 45 minutes (with the occasional crawl away) so we could get a few shots of him.

Here are some of the shots! 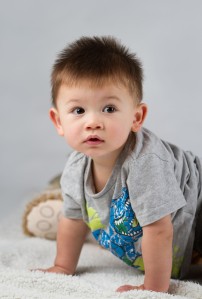 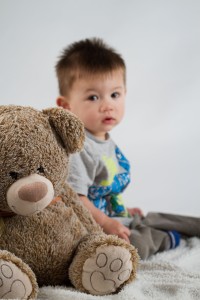 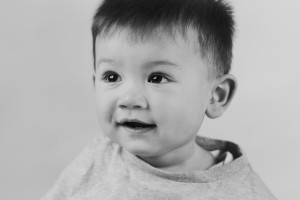 Thanks for the photos Mikhaela! Do check our her Facebook page – Mikhaela Herriman Photography.

Later this week I’ll be posting some swimming pictures too! 🙂 Over and out!

I’ve been having a problem lately with using the computer in the presence of my little man because HE HATES IT! Or rather, he hates the fact that I can use it but not him. So he comes up to it and slams on the keyboard and on the screen (which is a touchscreen too, by the way) and messes things up, so I simply shut the laptop, put it away and vow to use it again when he’s asleep (only I actually have to do housework when he’s asleep).

So, my point is, I want to minimize typing and will just put some photos up. 😀 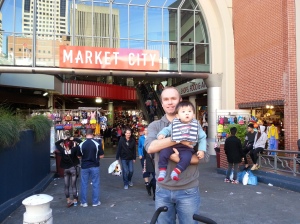 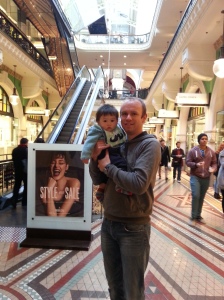 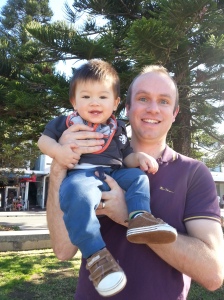 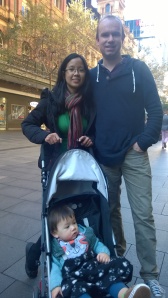 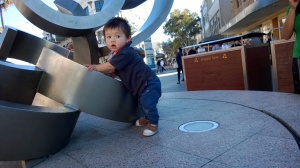 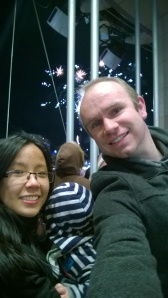 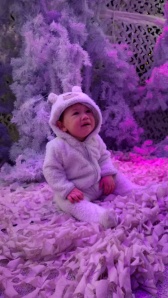 Sydney, over and out!

Alright – the secret’s out! I’ve been away so that’s why I haven’t been blogging. Honestly, we were only away for less than a week but a lot of time went into preparation and getting things organised for when we were away.

Up to the night before we flew off, this was all that was in our suitcase. At least we remembered the important thing – the nappies! 😛 I swear by Coles nappies now – they’re inexpensive and work well, so how can I complain?

From this first experience at flight travel, I think travelling with a baby/toddler is a lot of give and take. Naturally, you can’t expect your little one to WANT to sit still when there are so many more fun things to do (like crawling, learning to walk, grabbing things and putting them in your mouth, etc.) So you’ve got to give them the opportunity to do some of the things they want to do, so they’ll then be a bit more civil when told to sit still.

At the Adelaide Airport, there’s this awesome kid’s play area which is like a mini climbing gym. Jacob didn’t really make too much sense of the structure but he did get a chance to crawl around lots before the flight. We also dressed him in loose, comfy clothing – it was quite warm on the plane especially with him next to me, so it was good that his clothing was layered so I could take off one or two layers.

We also chose flight timing according to his naptime, so that “hopefully” he would fall asleep in the plane. I fed him on the way up and he was a complete angel – slept through the whole 2 hour flight! On the way back from Sydney, he fell asleep again but woke up for some of the flight. Here he is, my little cutie pie: 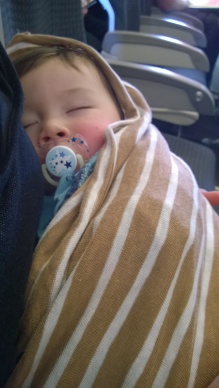 When we got to Sydney, we decided to take a train into the city. Our hotel was just a minute’s walk from one of the stations, so we set off. Jacob was really intrigued by the train and loved looking out the window. He nearly pressed the emergency button because it was so bright and shiny – argh!

I’ll be making this a short post because I’m in a hurry to get all my laundry (and other tasks) done, and also because I’m annoyed that I had to type this out all over again because WordPress didn’t save. I thought it was autosaving but my internet was cutting in and out, and I think it just disappeared into the abyss of cyberspace. More about Sydney next time! 🙂

But here is a picture of Jacob asleep on the first night – after a long day of travel, he was certainly bushed! Look at the hair!